CLEVELAND -- Six months have passed since Chien-Ming Wang trudged into the visitors' clubhouse at the newly renamed Progressive Field, hanging his head after being soundly rapped in the first game of the American League Division Series.
A different Wang appeared in Cleveland on Sunday, and in the reprise pitching matchup of that ill-fated October opener, he had every reason to stand tall.

With Melky Cabrera's solo homer accounting for the only run of the game and Mariano Rivera closing it out for the 450th time in his career, Wang outdueled defending AL Cy Young Award winner C.C. Sabathia, hurling seven scoreless innings as the Yankees edged the Indians, 1-0, to snap a three-game losing streak in a classic pitchers' duel.

"Chien-Ming Wang has been huge for us all year long," Yankees manager Joe Girardi said. "He has pitched great. He knew what we needed and he gave it to us."

Wang continued his undefeated opening to the season and finished the month of April 5-0, joining Arizona's Brandon Webb as the Majors' only five-game winners -- though Webb won his sixth later Sunday. Wang showcased his improving slider to strike out a season-high nine, one shy of a career high, and only allowed one runner to get as far as third base.

Wang said that he did not take any additional motivation from facing Cleveland again, saying, "Every team is the same," but clearly his approach changed from last October.

"He had a very good slider today, with his sinker as well," Girardi said. "He mixed in some changeups and splits as well to the left-handers. I thought he had great depth on his slider, which kept the right-handers off balance."

Wang made those adjustments without the benefit of a pregame meeting with his catcher, Jose Molina, who was pressed into duty 12 minutes before first pitch after Jorge Posada came up lame with an injured throwing shoulder that will require an assignment to the disabled list.

The battery change mattered little to Wang, who scattered four hits while walking two in a 113-pitch (73 for strikes) performance.

"He knows what he wants to do," Molina said. "He knew even though I stepped behind the plate a little bit late and we didn't even have a chance to talk. I just went there with whatever I had in my mind, and he went with whatever he had in his mind. It worked out, so that's what I think we're going to do from now on."

Cabrera accounted for the game's only run when he popped a solo home run just over the left-field wall in the fifth -- and immediately following a pickoff of Robinson Cano from first base. Cabrera's five homers tie him with Jason Giambi for the team lead, and the outfielder has now hit in 18 of 24 games this year.

"I feel good," Cabrera said. "I've been lucky that I have five homers so far. I'm just paying attention to that I'm in the lineup every day."

As Cabrera rounded the bases, Sabathia barked a few words in the general direction of third base, apparently displeased with himself but surely not thrilled that Cabrera spent a few extra moments admiring his 347-foot shot, which barely cleared the tall wall in left field.

It almost certainly was a topic of discussion in the Yankees' dugout. Asked if anyone had spoken to Cabrera about lingering at home plate, Girardi leaned back in his chair and said only, "Um," with a grin spilling across his face.

Sabathia would get his revenge, in a sense, as New York threatened in the sixth. Derek Jeter opened the inning with a double to left-center and moved up on a groundout, but after a mound visit, Sabathia struck out both Alex Rodriguez and Shelley Duncan to end the inning.

Yelling and slamming his fist into his glove in celebration, it was a highlight moment in an overall sharp eight-inning outing for Sabathia, who lived up to his award-winner billing with a four-hit, eight-strikeout performance. He walked just one.

"He was tough," Molina said. "He's always tough. We were looking for a lead, and to get it [in the fifth], that was a big help."

Joba Chamberlain relieved Wang for the eighth following two days of rest, striking out a pair in his first Cleveland appearance since the infamous "midge" game in the ALDS. Rivera pitched a perfect ninth with two strikeouts of his own to nail down his seventh save -- the 450th of his career, leaving him 28 behind Lee Smith for second place all-time -- and preserve Wang's strong outing.

"You definitely go out with a different feel and a different mind-set to know how hard [Wang] works to keep the team in the game with a one-run lead," Chamberlain said. "You know you definitely don't want to lose that for him. It's definitely gratifying to know that he put in most of the work." 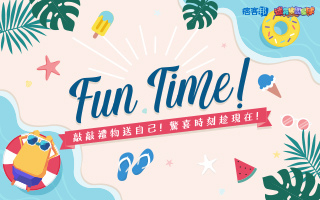 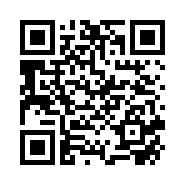