ST. PETERSBURG -- The Yankees did a lot of things right on Friday. Everything but win, that is, after a big inning doomed them. On Saturday, New York made sure to redeem itself.
It was much the same scenario on Saturday as it was one night prior, with New York down three early after its starter battled through a rocky frame. The Yankees weren't about to go down without a fight two nights in a row.

Thanks to Bobby Abreu, they didn't have to.

"Last year, when we got him, he was such a perfect fit for what we do," manager Joe Torre said of Abreu, who had five RBIs in the Yankees' 6-4 win over the Rays on Saturday at Tropicana Field. "And tonight was another example. It was a great game for him."

Abreu had bases-loaded RBI groundouts in the third and seventh innings to push across runs, and added a go-ahead two-run shot to left field in the fifth to lead New York's charge. The icing on the cake was his ninth-inning run-scoring double.

"It was such a good day," Abreu said. "I felt very good out there and helped the team win, I think that's what really mattered."

But it's kind of been like that for the right fielder, who's hit 5-for-11 since the All-Star break with a pair of home runs and seven RBIs. Already enjoying a productive second half, he has proven himself a big key to the Yankees' success this season. Consider this: Abreu's hitting .377 (66-for-175) with six homers and 40 RBIs when New York wins, and just .158 (25-for-158) with one home run and nine RBIs over their 44 losses.

"Of course [the lineup's] stronger," said Abreu's teammate Derek Jeter, who went 2-for-5 on the night. "He's as good as it comes."

It's the biggest difference in averages between victories and defeats in the Majors among those who qualify, and don't think this fact has escaped Torre.

Also crucial in Saturday night's victory was Chien-Ming Wang, who gathered his composure nicely after an ugly first frame. The righty yielded three runs on four hits (two doubles) in the first inning, and things looked dismal for a while.

It didn't take him long to correct his problem, though. Wang plowed through the Rays' lineup after the first. He retired 16 of the next 17 hitters he faced, including a string of 11 consecutive outs that ended when Delmon Young singled to left with two outs in the sixth inning.

"We held Wang to get the lead," Abreu said. "And we all know that when he has the lead, he feels more comfortable and dominates the game more."

Yet things nearly fell apart for Wang after Young's hit in the sixth. He allowed another single and then hit Ty Wigginton with a pitch to load the bases and get the bullpen hopping, but froze Jonny Gomes on a 2-2 sinker to end the inning, and his outing.

He left unscathed and jogged off of the field to a round of raucous applause from the largely pro-Yankees sellout crowd of 36,048.

"That was all [Wang] right there," said Torre, when asked of his decision to leave the righty to work through the sixth. "If he would've walked Gomes, where it showed he didn't have command, we probably would've gone to [Ron] Villone."

With the 1-2 combo of Wang and Abreu, the Yankees were able to take a 5-3 lead into the eighth. Reliever Kyle Farnsworth left a full-count fastball hanging that Carlos Pena was able to lift into the right-field seats to pull Tampa Bay within one. Farnsworth then walked B.J. Upton and worked Wigginton to a 1-2 count before catcher Jorge Posada cut short Upton's steal attempt for the final out of the eighth.

"That was huge, anything in a close game like that," Torre said. "[The Rays] can run. They can do some things ... Jorge came out of it really well."

There was a bit less nailbiting in the ninth, as veteran closer Mariano Rivera accepted the ball and took 19 pitches to dispose of the Rays en route to his 425th career save. He's now in third place all alone, and just 54 shy of tying Lee Smith for second-most in history.

"I'll save the ball," Rivera said with a smile. "It will be in a good place in my house.

Dawn Klemish is an associate reporter for MLB.com. This story was not subject to the approval of Major League Baseball or its clubs. 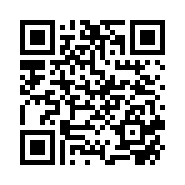